South African-born Albert Horne studied at the Guildhall School of Music and Drama in London. He worked as Chorus Master and conductor at Cape Town Opera in South Africa from 2007 to 2014, and under his leadership their chorus was voted “Best Opera Chorus of the Year” at the 2013 International Opera Awards in London. 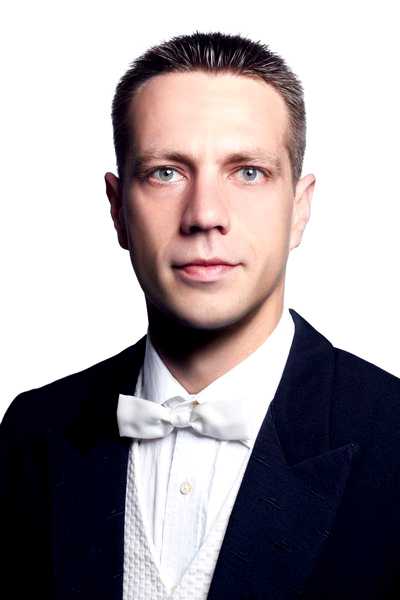 In 2012 he was Chorus Master for concert performances of Gershwin’s “Porgy and Bess” at the Philharmonie in Berlin, with Sir Simon Rattle and the Berliner Philharmoniker. He has conducted the Munich Symphony Orchestra, Orchestra Victoria (Melbourne), Orchestre Pasdeloup in Paris, as well orchestras in Malmö, Tel Aviv, Bordeaux, London (ENO) and Cardiff.

Albert Horne has been Chorus Master and Conductor at the State Theatre of Wiesbaden since the start of the 2014.2015 season, where he has conducted “Candide”, “Madama Butterfly”, “Boris Godunov”, “La Bohème”, “Peter Grimes”, the world premiere production “Schönerland”, the Wiesbaden premiere of Tim Pleggeʼs ballet “Liliom”, as well as a Symphony Concert with the Hessisches Staatsorchester. In 2018 he also conducted the Rheinland-Pfalz Youth Orchestra on tour in Germany, South Africa and Botswana. During the 2019.2020 season, he conducted a new production of Mark-Anthony Turnage’s “Anna Nicole”, as well as a revival of Brittenʼs “Peter Grimes” in Wiesbaden. In addition, he conducted an orchestral concert with the Rheinische Orchesterakademie Mainz, as well as several concerts with the Münchner Symphoniker in the Philharmonie am Gasteig and the Prinzregententheater in Munich. During the 2021.2022 season, he will return to the podium to conduct the Wiesbaden premiere of Jörg Widmann’s “Babylon” as opening production of the 2022 International May Festival, as well as the 8th Symphony Concert, with a programme including Leoš Janáček’s “Glagolitic Mass”.

From the first moments of the relatively well-known overture, Albert Horne signalled that premium quality would be served here…Wiesbaden’s “Candide” goes well beyond the usual operetta routine. Frankfurter Rundschau